The most influential architects of the 20th century: Philip Johnson

Philip Johnson was born in Cleveland, Ohio in 1906. For a man who would go on to be one of the most influential architects of the 20th century, he showed little sign of this in his early years, indeed he would not begin practising as an architect until well into his 40s. 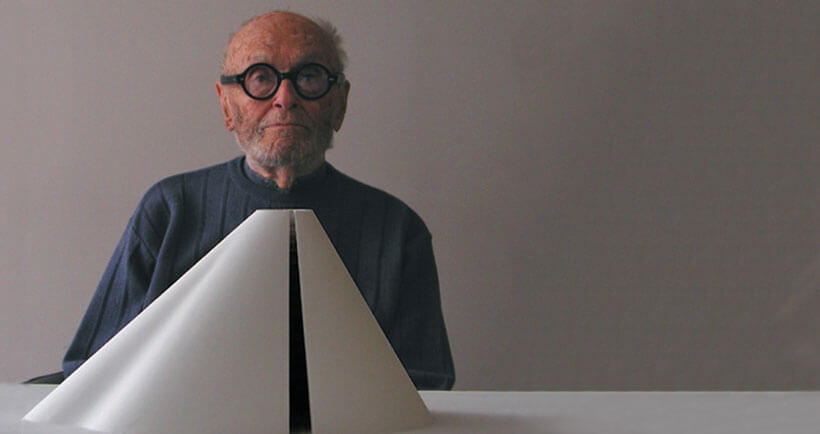 His first calling was philosophy, a subject which he studied at Harvard, graduating in 1930. After graduating, Johnson, already a millionaire by inheritance, took the time to travel across Europe where he first encountered the revolutionary modernist architecture of Le Corbusier, Mies van der Rohe and Walter Gropius. A trip to Germany, in particular, left a lasting impression on the young man, where he visited the Bauhaus school of architecture and met the architectural historian Henry Russell Hitchcock who accompanied him back to the United States.

On his return, Johnson became founder and director of the Department of Architecture and Design of the Museum of Modern Art in New York. This was the first institution in the US devoted solely to the art of architecture. It was here that he and Henry Russell Hitchcock held their epoch defining exhibition: “The International Style: Architecture Since 1922”. The exhibition celebrated the work of the masters Johnson had encountered in Europe and was largely responsible for popularising that style, with its use of modern materials and emphasis on function over form, in the United States.

In 1940, Johnson returned to Harvard to study architecture, working under the guidance of Walter Gropius and Marcel Breuer. As an influential architecture critic and a wealthy man in his own right, Johnson was able to launch his own architectural practice after his graduation.

The most influential architect in the development of Johnson’s own style was undoubtedly Mies van der Rohe. Johnson met the man himself in his early travels to Europe, and had introduced Mies and his ideas to the United States in his 1922 ‘International Style’ exhibition. In 1947 he published a highly praised critique of Mies, “Mies van der Rohe”, which further served to popularise the architect and his style in the United States. In 1958, the two architects collaborated to design and build The Seagram Building in New York, described at the time as the ‘continent’s finest high-rise building’. 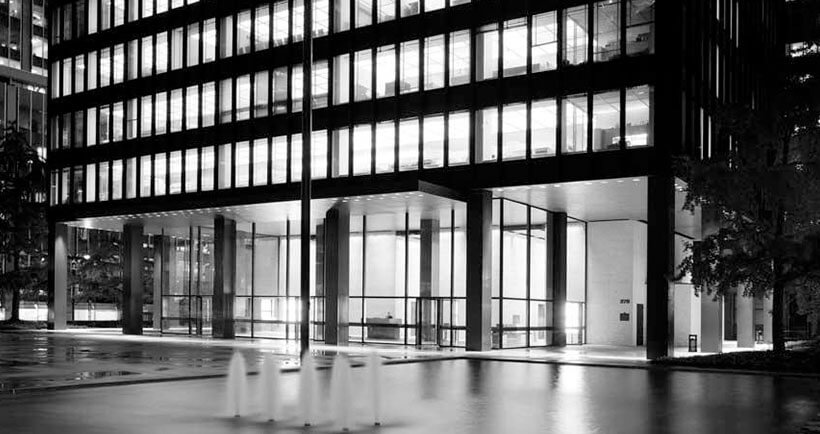 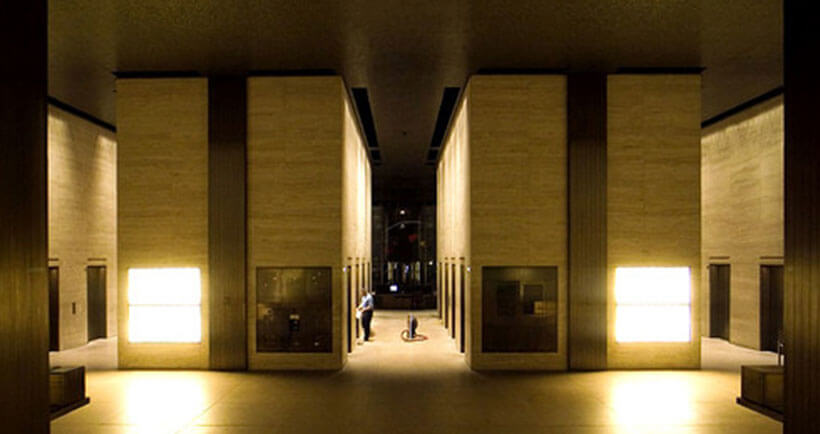 Johnson’s most famous building, however, was built, for himself, in 1949. The Glass House, based on a design by Mies van der Rohe, was a modernist masterpiece. A single room made entirely of glass and supported by steel pillars, The Glass House encapsulates the grace and simplicity of the International Style Johnson had done so much to popularise. 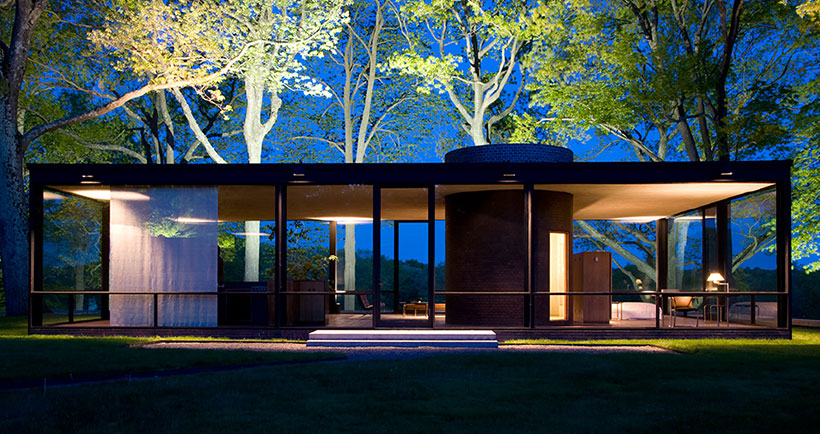 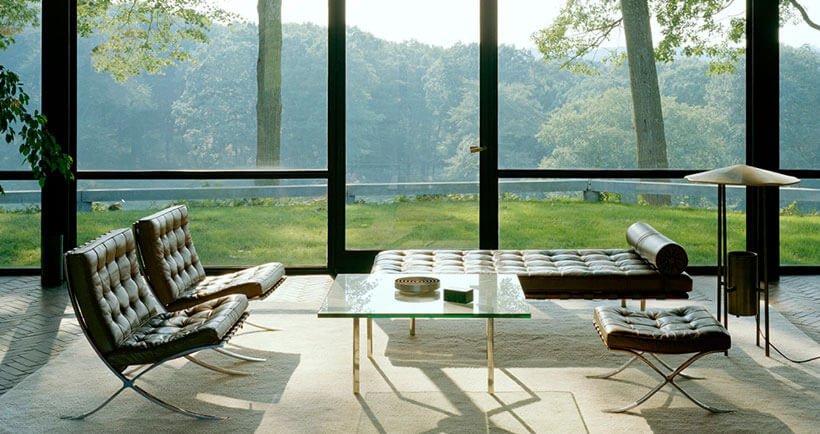 In the 1960s, Johnson began to gravitate away from the influence of Mies and the International Style. As an architect and a critic who had done more than most to distinguish and define specific architectural styles, he now felt himself constricted by a modernist movement he had helped to create, complaining that ‘a style is not a set of rules or shackles, as some of my colleagues seem to think. A style is a climate in which to operate, a springboard to leap further into the air.’

The springboard for the next phase of Johnson’s career came in 1967, when he formed an architectural partnership with John Burgee. This heralded a high point in Johnson’s career, resulting in numerous high profile and critically acclaimed projects such as Minneapolis’s IDS Center and the Crystal Cathedral in California. 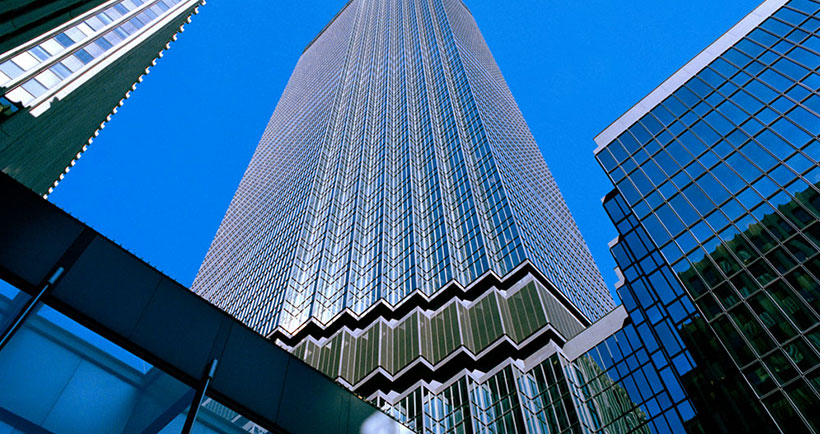 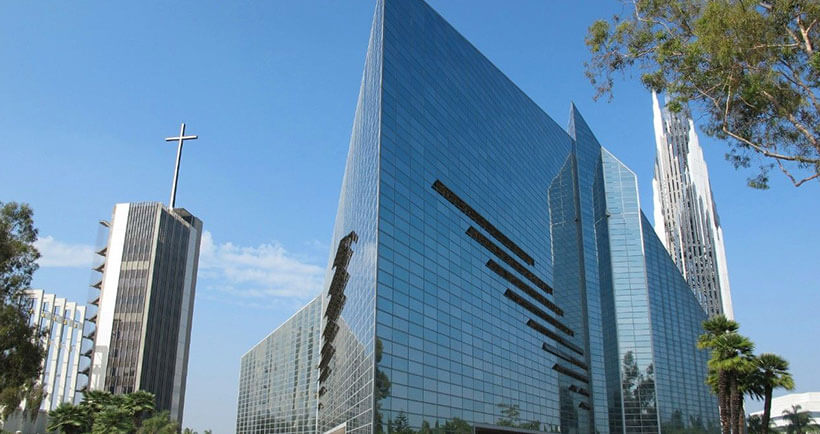 Johnson’s departure from the modernist idiom provoked a backlash in 1978 with the erection of the AT&T Building. The design, with its ornamental flourishes and striking broken pediment roof, betrayed the ubiquitous modernist aesthetic which had come to define the Madison Avenue skyline. The AT&T Building ‘was the first major built structure that revived the use of historic styles’, and appeared on the front page of the New York Times at the height of the controversy. 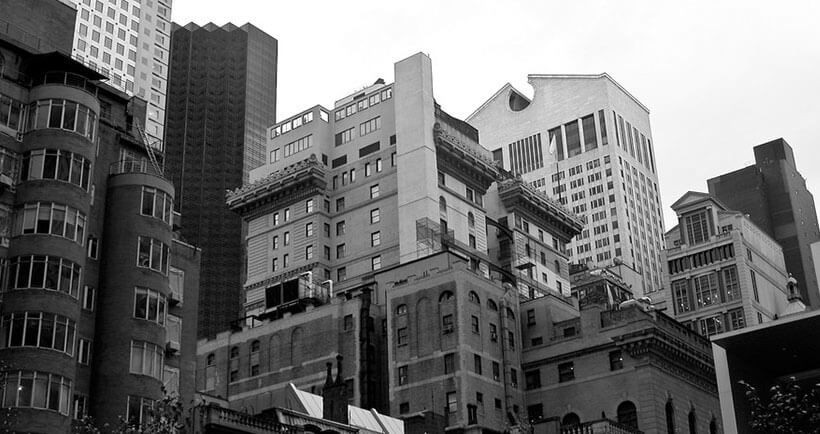 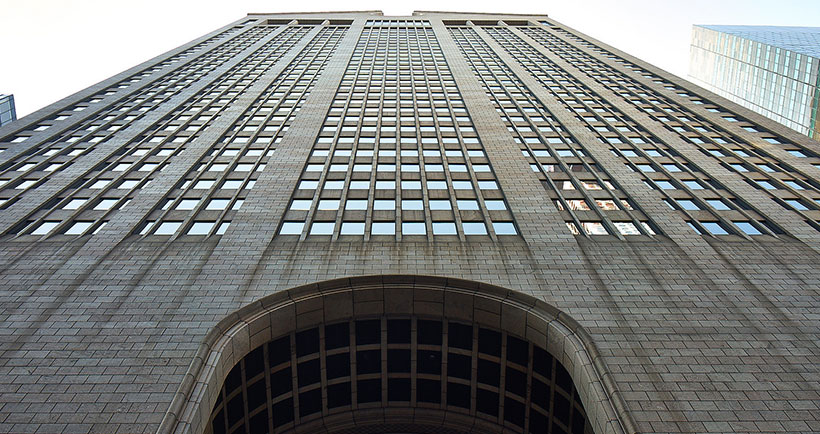 Johnson was highly decorated for his services to architecture, winning the American Institute of Architects’ Gold Medal in 1978 and the first Pritzker Architecture Prize for lifetime achievement in 1979. Philip Johnson died in 2005, at the age of 98. Once he had discovered architecture, he went on to devote his life to the practice. In his own words, ‘(my) enthusiasm knew no bounds…art is the only thing I’ve been alive for. There’s no such thing as leisure time. If your work is architecture, you work all the time. You wake up in the middle of the night. ‘I’ve got a wonderful idea!’’