When the fallout of the Brexit vote was reverberating around the capital, property developer HB Reavis realised that these were challenging conditions in which to market its first foray in the UK – 33 Central, in the heart of London’s financial district.

Yet it was snapped up less than a month after the EU referendum, for £300 million, by US banking firm Wells Fargo as their new London headquarters. The benefits of this brilliant development shone through, despite the apparently gloomy outlook of the local property market.

Tomaš Jurdák, director of HB Reavis UK, commented at the time: ‘The launch of our new branding for 33 Central marks a key milestone for HB Reavis London and we now look forward to executing the development and marketing of this unique office building. HB Reavis has a long and successful track record of development and we are confident that 33 Central will be amongst the biggest success stories in our company’s history, as we continue to seek further opportunities in the London market’.

In fact, in January 2017, HB Reavis was awarded the title of Best Office Developer in Europe by World Finance Magazine. You can see an article written by HB Reavis CEO Pavel Trenka, on the magazine’s website, about creating the perfect working environment. Here Trenka describes the ideal office location:

‘Transport connectivity is the first essential, as employees must navigate through increasingly congested cities. It also matters a lot more in business culture, where the prevalence of electronic communications has placed a unique significance on face-to-face meetings, especially in a world where international travel has become faster and cheaper.’

The location of 33 Central is a major advantage, as the development’s name suggests. This can be fully appreciated from the roof garden, with its panoramic views of the River Thames and iconic landmarks – St Paul’s Cathedral, The Shard and ‘The Walkie-Talkie’ building. Its address on 33 King William Street is in the City of London EC4, a mere minute’s walk from London Bridge, with views along the bridge to the river. In this prime location, Canary Wharf is to the east, Westminster to the west, Southwark to the south and Shoreditch’s Tech City to the north. 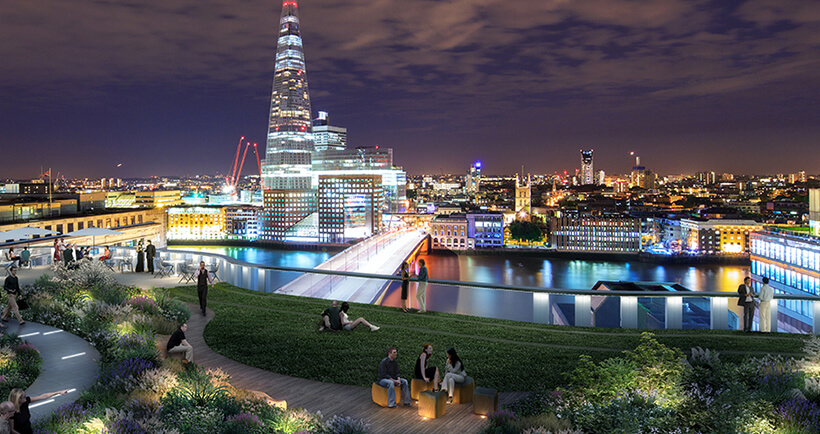 The outcome of the sale was that John Robertson Architects had created a ‘dream office’ for 850 Wells Fargo employees, who are currently spread across four buildings and set to relocate in 2018. There are just two parking spaces versus 237 bicycle racks, along with showers and high-quality changing facilities to allow staff to get to work under their own steam. This cycling provision beats the Mayor’s targets by 50%. Commuting by train is easy, as 33 Central is less than a mile from six mainline stations and seven underground lines, and is close to both Monument and Cannon Street stations.

HR Beavis, a leading property developer in Central and Eastern Europe, had acquired the petal-shaped site for €75 million in December 2013. When the lease for the building expired in June 2014, it was time for the demolition crews to move in. The level changes and road positions meant it was considered an awkward site. The two-level basement was constructed with no crane access; manually handled, lightweight formwork systems were used instead. 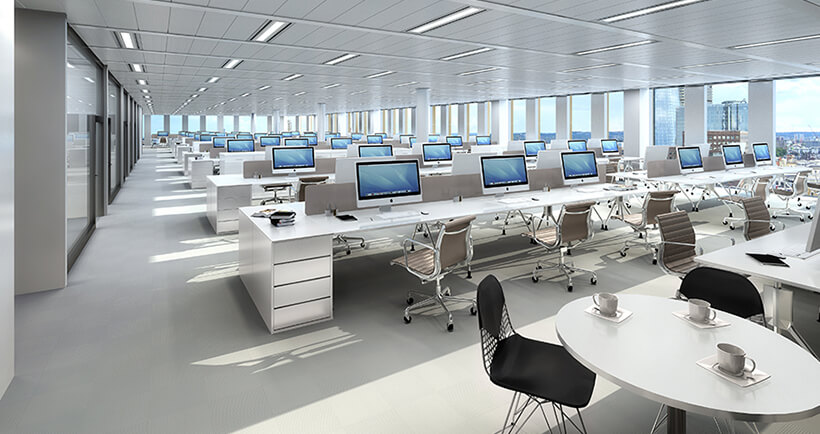 As an island site, it occupies the entire 2,200 sq ㎥ footprint. A logistics slab was required to enable the provision of concrete without interrupting the other trades. This was achieved by a team of 50 workers using 5,000 ㎥ of high quality concrete and 500 tonnes of reinforcement.

The architects had employed their typical ‘contextual modernist’ approach, to ‘address the surroundings and to propose a suitably striking image and identity’ for the building. Daylight pours in from all sides of the irregular, curving form, which maximises the benefits of light, contrast and scale. The architects described the poetic result:

‘Its base, in keeping with its relationship to the roads, is a hard, dark granite, while above it becomes a filigree of stainless steel and glass, windows, frame and sunshading.’

A number of column encasements, varying in height, had special-finish architectural concrete containing silver mica coarse flaked admixture. This was also used in the public lift shaft that provides access between Upper Thames Street and King William Street. Silver mica is a natural mineral which has a high brightness with a glitter-like appearance. The building’s cladding is similarly appealing, with a unitised system made from aluminium, terracotta and glass, reflecting the various tones and textures of the surrounding Arthur Street facades. 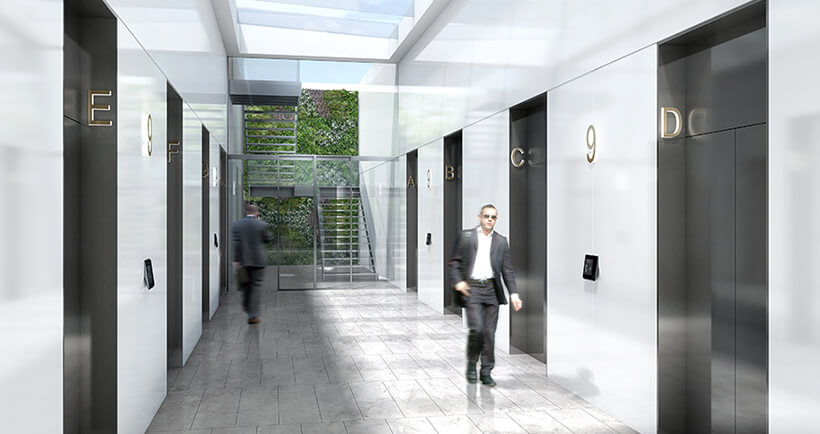 CEO Trenka concludes in his article that: ‘The winning formula for an office that promotes staff wellbeing and productivity is comprised of multiple elements. These may range from the macro – such as the building’s proximity to an airport or train station – to the micro – for instance, whether the building has bicycle parking spaces and potted plants. The formula will be different for each business, according to the nature of the work and staff demographics – but get the equation right, and the result will be an aspirational and truly occupier-responsive workplace.’

The double-height reception of 33 Central – over 446 sq m – has been designed to form an informal business hub for clients, guests and staff, and provide a first-class arrival experience. The 20,908 sq m building offers large flexible floor plates, state-of-the-art facilities and floor-to-ceiling windows. Staff can unwind in the quarter-acre rooftop garden, created using 40 species of plants and flowers. 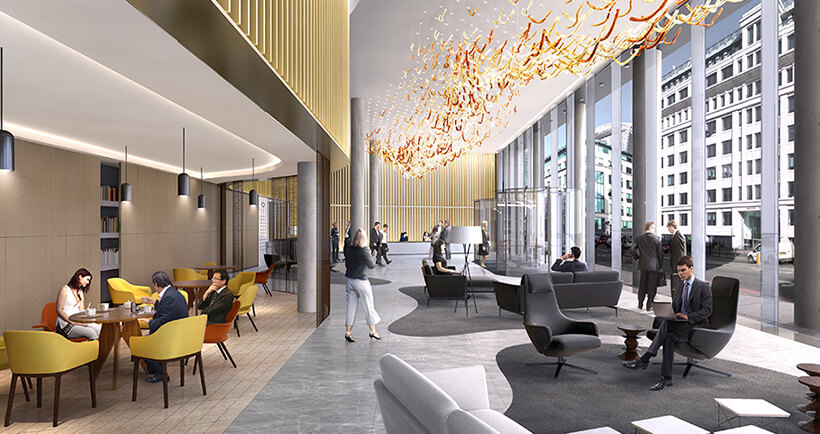 We’re proud to have worked with TMJ Interiors to contribute to the sleek interiors of 33 Central, through our Quadra riser doors, which are designed to conceal unsightly riser doors and service cupboards. Industry recognition of this flagship development has been quick to follow. In 2015, 33 Central was named by the UK Property Awards as the winner of the category Best Office Architecture in London, and also gained a Highly Commended accolade in the category Office Development in the UK. To find out more about this outstanding building, visit www.33central.com.